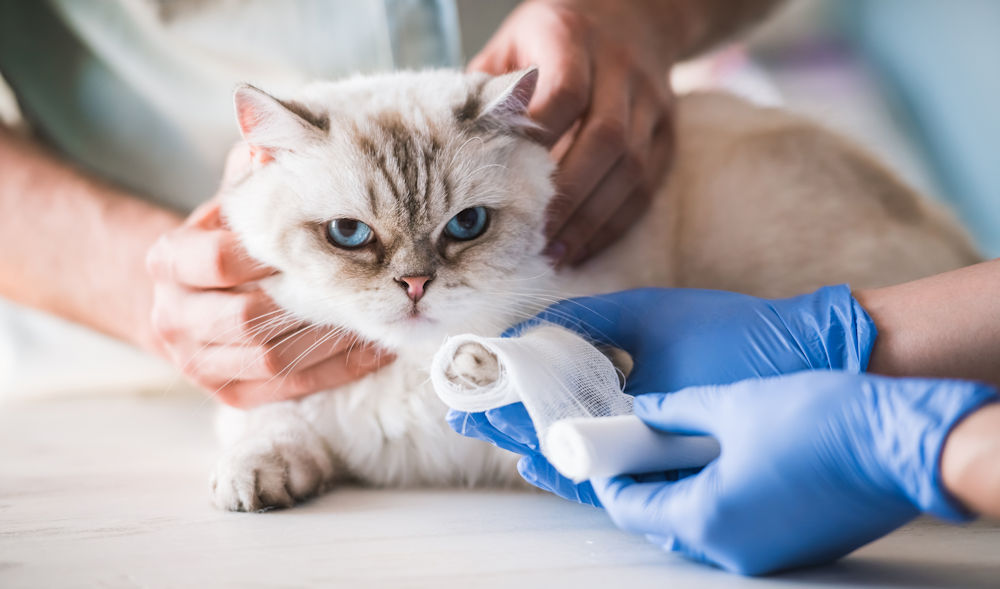 Recently, I came across an article written by Laura Northrup on Consumerist.com dated January 9, 2017, regarding a pending merger of a number of the nation's biggest veterinary care chains (VCA, Banfield Pet Hospital, and BluePearl Veterinary Partners) under the ownership of Mars Inc. (the candy and packaged foods giant).

This is NOT a good thing. I have my own bad experience with VCA (I have never gone to a Banfield clinic). I feel VERY STRONGLY that these "emergency" clinics prey on pet owners who when unable to get their own veterinarian after office hours, turn to VCA and Banfield for a pet they are worried about.

My Experience With VCA

Before I stopped breeding and showing German Shepherd Dogs, I had a puppy bitch that decided to eat some rocks (which I did not know she had done at the time). During the night I was awoken by the sounds of her retching. I checked on her and nothing was coming up, and this went on for an hour or more. I tried to get a hold of my regular veterinarian, and he was unavailable, so I was forced to go to VCA at around 4:00 a.m.

They x-rayed my puppy and found the rocks. They told me the rocks were unable to pass through her system, and she was unable to vomit them up. They insisted she needed emergency surgery right then and there to remove them or she would die. I asked, "can this wait until my vet's office opens in three hours?" I was told, "Absolutely not". The quote for the surgery as $2,500 - $3,000 which I had to pay right then and there. I left her there and went home.

I waited and waited at home expecting a phone call to tell me she was out of surgery, and I could come pick her up. By 11:00 a.m. I still had not heard from them, so I called, and I was told she had not yet gone into surgery!!!!!! I should have driven over there and taken my puppy home right then and there, but I was so flummoxed by what they told me, I just let it go.

When I did go to the clinic to pick my puppy up that afternoon, I asked to speak to the director and complained to him. He stood firm that they did nothing wrong. When I got to see my regular vet, I told him what had transpired, and he was VERY angry at VCA and told me the surgery would have cost me around $200 if he had done it. He was very upset that he had not been available for my puppy (he was a sole practitioner, and he did his best to be on-call, but he did need rest sometimes – lol).

By the way, I still have that bottle of rocks to remind me of my experience!

Anyway, that is my story about my $2,500 bottle of rocks that taught me to NEVER, EVER go to an emergency clinic.  I always find a veterinarian practice where they are the ones on call after regular office hours. Are there things that sometimes come up with my animals that require a specialist? Yes, of course, and when that happens, I go to where my vet recommends (usually VetMed in Columbus).

I want to share a story from a friend of mine about her experience with Banfield, although she requested that I not use her name. She sent me the following email:

I have just finished the reading the article about Banfield hospitals and I'm so happy you are spreading the news abut these hospitals. I truly believe something is definitely wrong with this company. When I got BJ from the Animal Shelter, the staff stated that BJ had been checked out by a veterinarian and he was cleared to be adopted. I had a report showing he was up-to-date on all his shots and teeth cleaning. However, the staff suggested I should get him checked out by my own veterinarian.
So, I took him to a Banfield hospital. I showed the doctor the animal shelter report. Well, the veterinarian told me that BJ needed more shots (three to be exact), his teeth cleaned and one tooth extraction. Also, the veterinarian stated that he felt a lump under BJ's chin that should be removed. I couldn't understand this new information because I had just adopted BJ from a very reputable shelter. So, I paid the doctor and stated I wanted a second opinion.
A lady that I know recommended another veterinary practice to me. So, I took BJ to see that veterinarian. The vet could not believe the doctor at Banfield suggested all these shots. With BJ already being an older cat, all those shots could have killed him! In addition, BJ's teeth did not need cleaning nor did the vet feel a lump or growth under BJ's chin. Oh! By-the-way, the lump could not be seen by x-ray either!
I would never take any animal to a Banfield hospital. I think they just want to get as much money as they can possibly get from a pet's family. The sad thing is that little pets suffer from their malpractice. I was just so thankful that I got BJ out of the vet's office (at Banfield) that day. I do not want to think what would have happened to him.

Over the years, I have talked to many pet owners with similar experiences to those of mine and BJ's story. We love our animals as treasured family members and when things go wrong outside of our vet's regular office hours, we get panicky and, I believe, these emergency centers prey on that. Instead of alleviating our fears, they make sure we are fearful our pet will die without immediate intervention and only THEIR intervention!

Find a veterinary practice that offers after-hours services instead of sending you to an emergency clinic like VCA, Banfield, etc.

Mars also owns over 1,000 Banfield and Blue Pearl Veterinary clinics, and with their new addition of VCA, this adds another 750 veterinary hospitals under their control. With the VCA purchase, Mars also gains control over Antech Diagnostics, "the industry's biggest laboratory. Antech does bloodwork and other tests for more than half the country's animal hospitals."

For additional reading on this same topic: