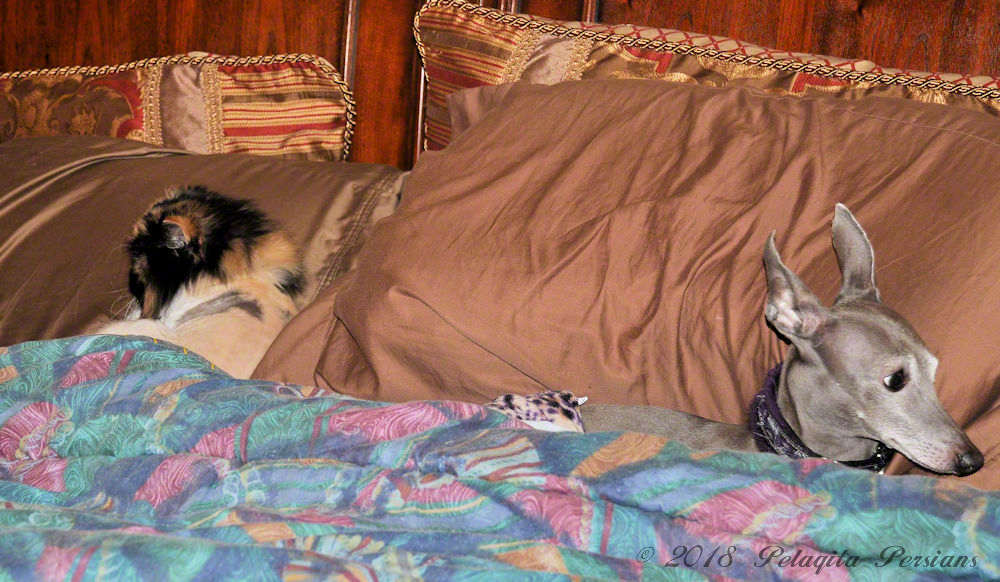 Cats are solitary creatures and do not like change, especially if that means bringing another cat into their domain. The cat that has been the only cat in the home may have some issues if the owner brings home a second cat and they have some definite and obnoxious ways to let you know they are displeased. Typical signs of displeasure would be a cat that starts scratching furniture or marking his territory.

This does not mean you can't have more than one cat; it just means you may have to spend more time and effort to make the transition an amiable one. When dealing with an older cat that has been the only cat, it is important to introduce them slowly. Before you bring your new cat home, set up an area just for him in a room of his own (i.e., an extra bedroom or guest bathroom). This room should have a litter box, bedding, toys, and food and water dishes. Do not ignore the new cat just because he is off in his own room, spend time with him – playing, grooming, etc. so that it starts to bond with you during this time. Feeding the cats at the same time but on the opposite sides of the door will start the process off. Let them get used to having "someone" on the other side of the door eating when they are eating and gradually move the dishes closer on either side of the door when they seem less distracted by each other's presence.

It is important to give equal time to both animals. It's easy to fuss over the "new" cat and unintentionally ignore the "old" cat. This would be a sure fire way to make the old cat jealous and angry and may result in unacceptable behavioral problems.

The "new" cat should stay in his own room for about 7-12 days. During this time, the cats will get used to the each other's scent and hopefully will start to play with each other under the door. The use of cat-safe toys will facilitate this play – you can thread it under the door and get them to play that way. As the cats play with the toys, they will reach out under the door with their paws and the first physical contact can be made without any bloodshed, yours or theirs.

Animals rely on scent to get to know each other. Swap toys and even bedding, blankets or towels used by the animals so they can learn about each other through the scent left on these items.

Once they are comfortable playing and eating with the door between them, it is time for a supervised face-to-face meeting. At the first face-to-face meeting, there may be some hissing and batting at each other, but as long as they aren't hurting each other, leave them along. If they get too rough, throw a blanket or towel over one of the cats and remove him. Never scoop up an angry cat with your bare hands or you could end up being the one scratched or bitten. If the cats get in an actual fight, you may have to extend the separation period.

This is where patience comes in. Taking the time to allow the cats to get to know each other gives them a better chance at a long and peaceful relationship.