In the late 1500's, enthusiastic cat owners gathered in the town of Winchester, England and held a "show" to compare their cats. Of course, this exhibition at the local fair was nothing like our cat shows of today. The winner of the competition in 1598 at the St. Giles Fair was not awarded best of breed, but the best of mouser!

Almost 300 years later in 1871, the first contemporary cat show complete with benching cages was held in England. Harrison Weir, who is now considered the father of the cat fancy, conceived the idea of the modern benched cat show. Mr. Weir arranged for classes, costs, prizes and a show schedule – voila – the modern cat show was conceived and born! 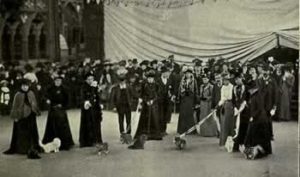 "It would be well to hold Cat Shows, so that different breeds, colors, markings, etc., might be more carefully attended to, and the domestic cat sitting in front of the fire would possess a beauty and attractiveness unimagined." ~ Harrison Weir, 1871

In 1928, The Governing Council of the Cat Fancy (GCCF) the Premier Registration Body for Breeding and Showing Cats in the United Kingdom. The GCCF was established as an independent body in 1910 and was formed from the three or four cat clubs who were registering cats at that time.

In 1928, The Governing Council of the Cat Fancy Australia and Victoria, become the third cat registry in the world at the time and continues to this day.

In Europe, the largest cat registry is Federation Internationale Feline (FIFe). FIFe can be considered as the United Nations of Cat Federations. In fact it is a federation of national members representing, at present (as of 2010), 39 countries with 41 full members and 2 countries with a probational member, but whose numbers continue to grow. Member organizations follow the same rules with regard to the breed standards, cattery names, shows, judges and student judges.

In North America, there are several main cat registries: